The Los Angeles River is one of those hidden-in-plain-sight features of LA. It runs 51 miles through the city but it’s largely ignored by most of LA’s residents. So how do we get more people to notice, understand, and appreciate this incredible resource? Our friends at the The Noun Project have a great idea for highlighting the river, and one that cuts across social and cultural boundaries—and that’s why we’re a proud partner for their Iconathon focusing on the LA River on Saturday, July 21. An icon for “beekeeper” created at the last Iconathon. Photo by Carren Jao


What is an Iconathon, you might ask? It’s a design workshop where creatives of all stripes work to create symbols and icons around a theme. (And we do mean creatives of all stripes—no design skills needed!) The idea is that the new symbols can easily communicate often complicated concepts—like “electric car” or “sustainable energy”—and make them understandable across any language barrier. The symbols are then released into the public domain where they can be used to create change. You can read more about the last LA Iconathon focusing on food and nutrition, and see recaps of all the Iconathons held across the country. 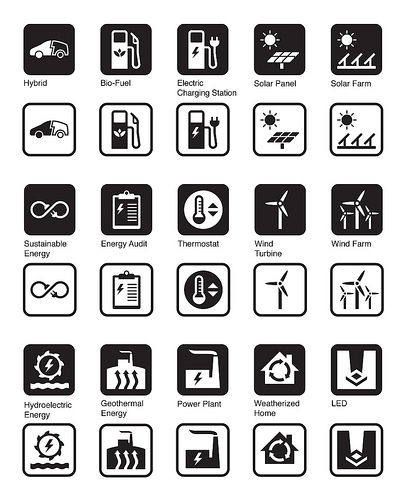 Symbols created for an energy efficiency Iconathon
To kick off the day, Edward Boatman of The Noun Project will speak on the importance of symbol design, and Omar Brownson of the LA River Revitalization Corporation will talk about the plan to revitalize the river. Afterwards, the Arts District festival Bloomfest LA will be happening all around us, giving us multiple options for eating, drinking, and dancing post-Iconathon.