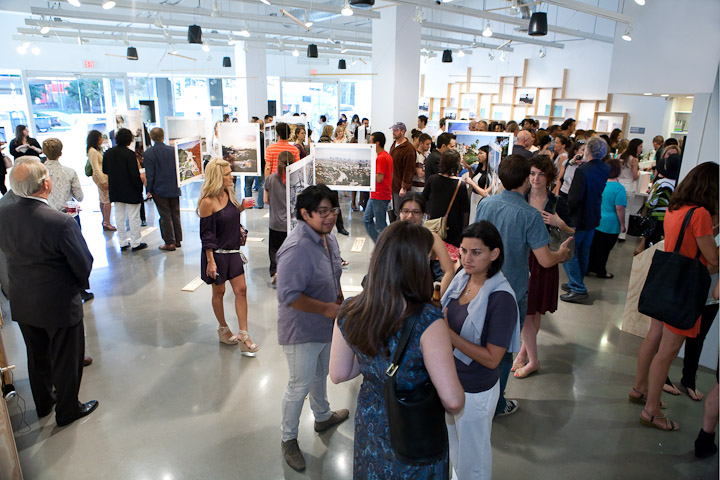 Around 150 people walked, biked, bused—and in one case, in-line skated—to see the Rethink LA exhibition at the A+D Museum as part of our Moving Beyond Cars II party (the sequel, since we did this last year as well). Folks perused the exhibition about LA’s future while those who rode had their photo taken by Tommy B in a bike-thru photo booth outside. And bike-friendly New Belgium supplied the beers for those needing a refreshment after their journeys. 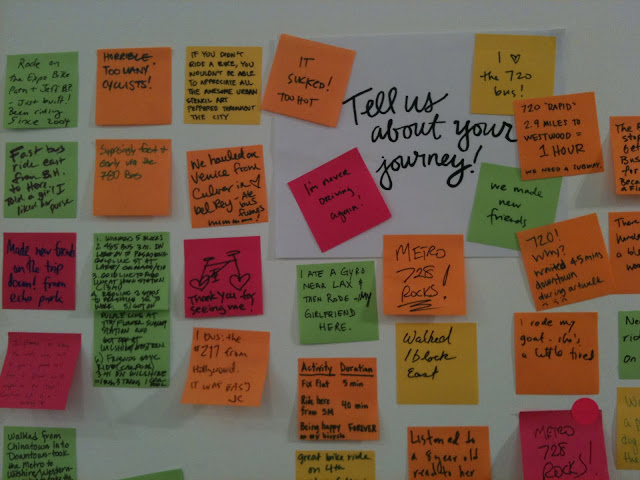 As always, we had plenty of ways on-hand for attendees to document their journeys, from emailing photos they had taken in-transit, to a Post-it wall where people could write stories about their travels, to a giant map of LA where anyone could draw their route. 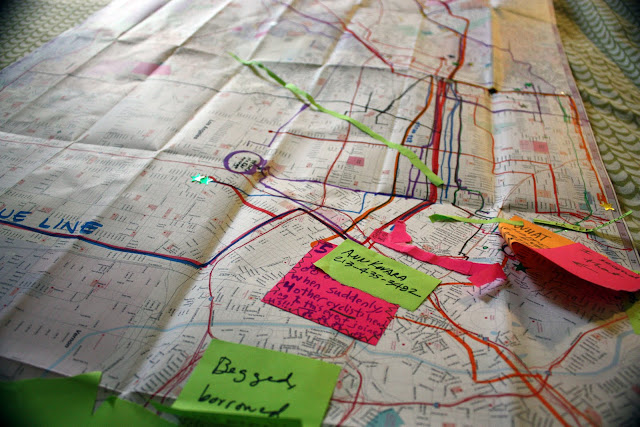 And of course we gave out some prizes! Best Journey Story 2011 went to Ron Milam, who wrote about randomly meeting up with another group of bikers who were also heading to the museum. Best Method of Travel went to Gary Kavanaugh who in-line skated there (and also came in second place taking transit in the famous bike vs. JetBlue Carmageddon race. Plus we named Elizabeth Timme the winner of a project sponsored by GOOD to reimagine a street without cars. We even retroactively gave an award from last year. Ann Kovara had the Best Journey Story from 2010 (taking two buses, the light rail and Angels Flight) and we managed to track her down at this year’s event! 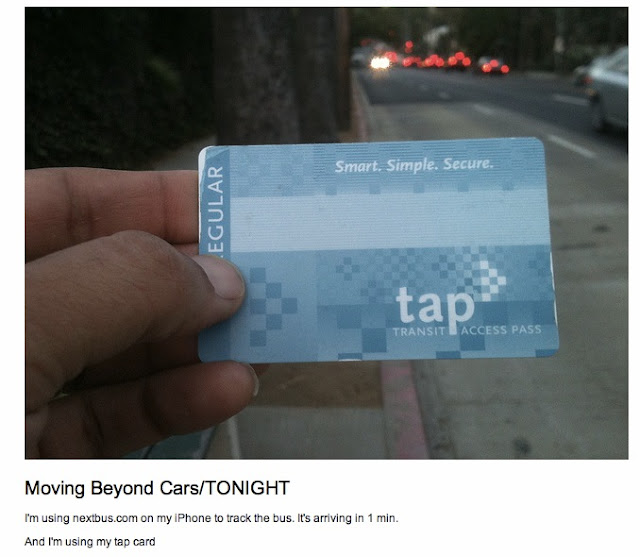 The party was covered by the LA Weekly where writer Sophie Duvernoy noted that the event was attended by “not just with hipsters on fixies, but people from all over town interested in urban design (as well as in scoring some complimentary ‘I heart Metro’ tattoos).” In addition, Frances Anderton passed her microphone to several attendees who told their transit stories on KCRW’s DnA: Design and Architecture along with an interview with curator Jonathan Louie. 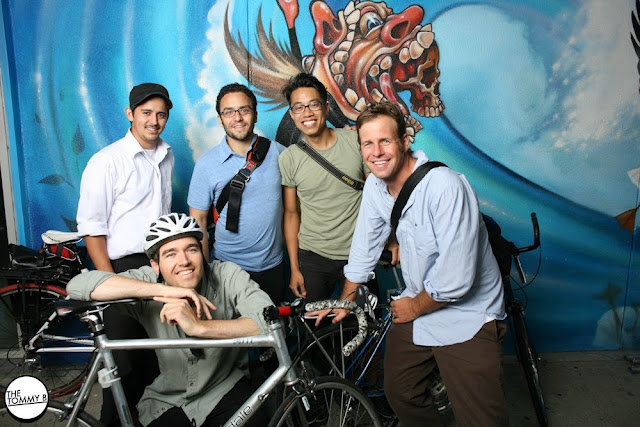 Thanks to Rethink LA for asking us to be part of such a great event, and to LACBC and their bike valet skills.