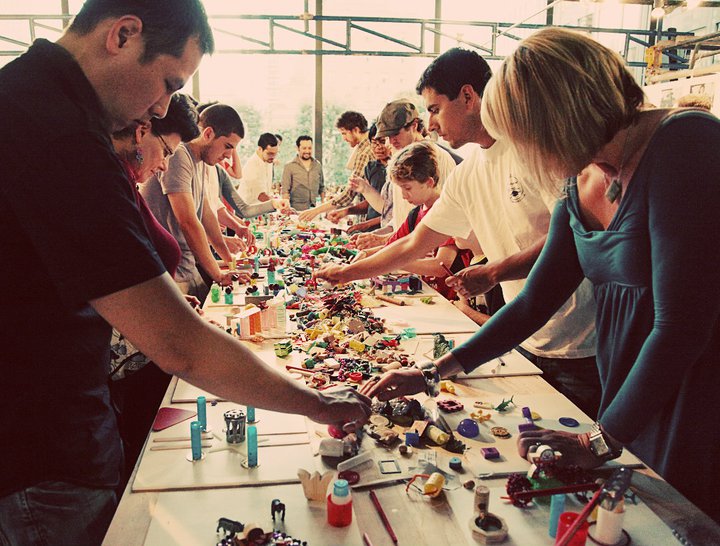 August was packed with two, yes, two de LaB events! Our first event, Moving Beyond Cars, was held in partnership with GOOD,railLA, the Los Angeles County Bicycle Coalition, the Coalition for Clean Air. We took over the LA Beyond Cars exhibition in the Jewel Box at City National Plaza for a night of conversations about alternative transit in LA. As people compared stories on how they got there, and drew their routes and forms of transit on a large map of LA, the incredible James Rojas lead several of his urban planning workshops, asking people to build their ideal “beyond car” LA using found objects. Metro even gave us some awesome public transit temporary tattoos, which guests applied at the door. 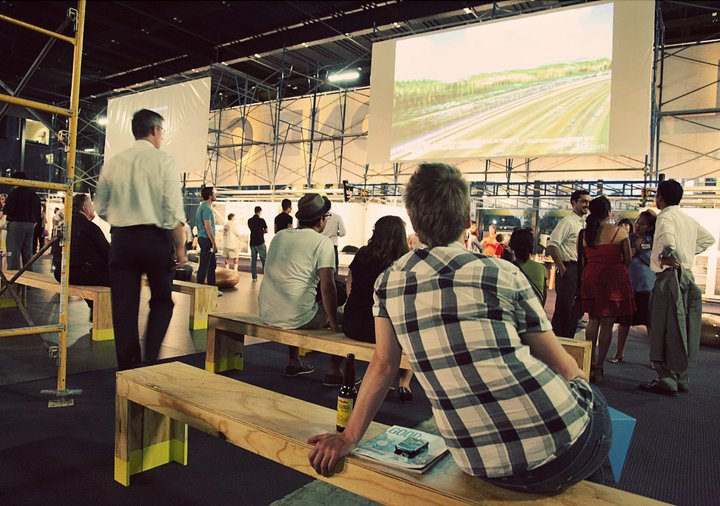 We also would like to acknowledge three people who came to the event in unique ways. The grand prize went to Justin Bensan, who not only documented his multi-modal trip from Long Beach on Twitter, he also made a stop on the Blue Line to enjoy Watts Towers on the way up to LA. We love that! Our second award went to the most creative form of transit, a Pon-e Tribred, designed by Charlie Becker of the Silver Lake LA Trikke Shop. And third place went to a woman who left before we could get her name, but she very enthusiastically told us that she walked five blocks, took the 475 bus, then the Gold Line, Red Line and then went up Angels Flight! Talk about dedication!Special thanks to Carren Jao, who wrote a beautiful recap of the night for the LA Downtown News. These photos were shot by the lovely Carla Choy, and you can see more of them on our Facebook page. And don’t forget to go to CicLAvia on 10/10/10 when ten miles of LA streets will be closed to cars! 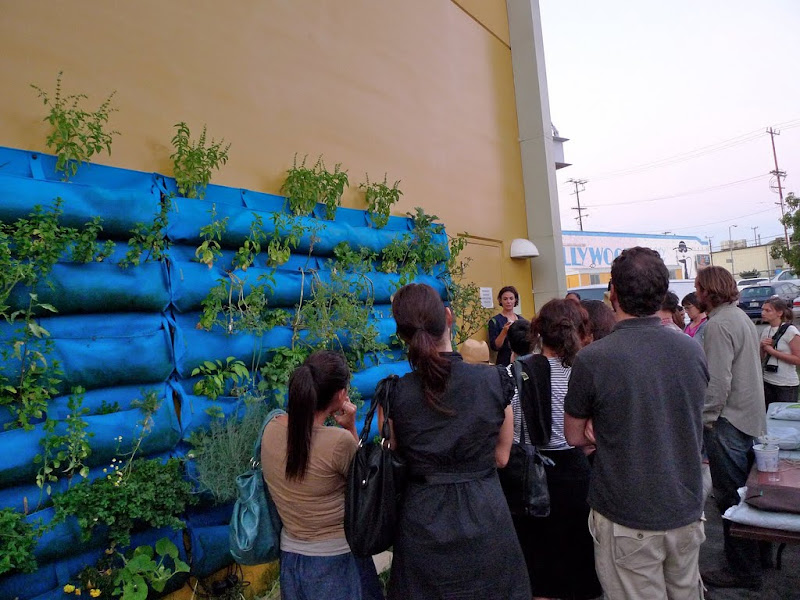 Then, the next week we gathered at the amazing Homegirl Cafe in Chinatown for Vertical Veggies! We started out with Homegirl’s tasty all-you-can-eat mini tacos and delicious fresh sangria while Fandango Sin Fronteras serenaded us with live music. Then we broke into three workshops: container gardening, vertical gardening, and cooking with fresh, homegrown produce. Guests spread out into Homegirl’s various gardens, including a massive vegetable garden by Woolly Pockets where they grow many of the ingredients for their restaurant. 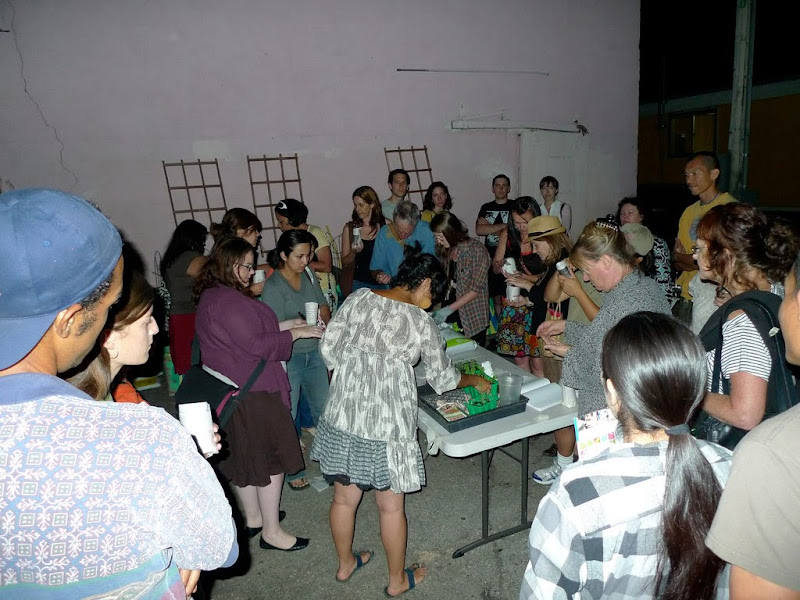 Depending on which skill they learned, guests took home planters of pea shoots made from plastic containers, seeds tucked into folded newspaper containers, or yummy heirloom tomato salsa. Thanks to our workshop leaders, master gardener Milli Macen-Moore, Meg Glasser from Urban Farming and chef Patricia Zarate, who each donated their time and knowledge for the evening. And a big thanks to Trekking LA for partnering with us on such a fun night!