Since its opening in 2010, New Carver Apartments near the 10 Freeway in downtown LA has been showing Angelenos how architecture can deftly bridge great design and social responsibility. Designed by Michael Maltzan Architecture, the 97-unit supportive housing project commissioned by Skid Row Housing Trust serves the need of a chronically underserved population – LA’s homeless.

“The building not only manages to provide a feeling of security while easing the crippling sense of isolation that can often afflict the homeless; it also makes visible, through its strong architectural form, a group of people that many in our society would often prefer to ignore.”

Join us on December 8th for a tour of the cylindrical structure with Michael Maltzan, Skid Row Housing Trust’s Theresa Hwang, and one of the resident ambassadors to talk about day-to-day living in New Carver. 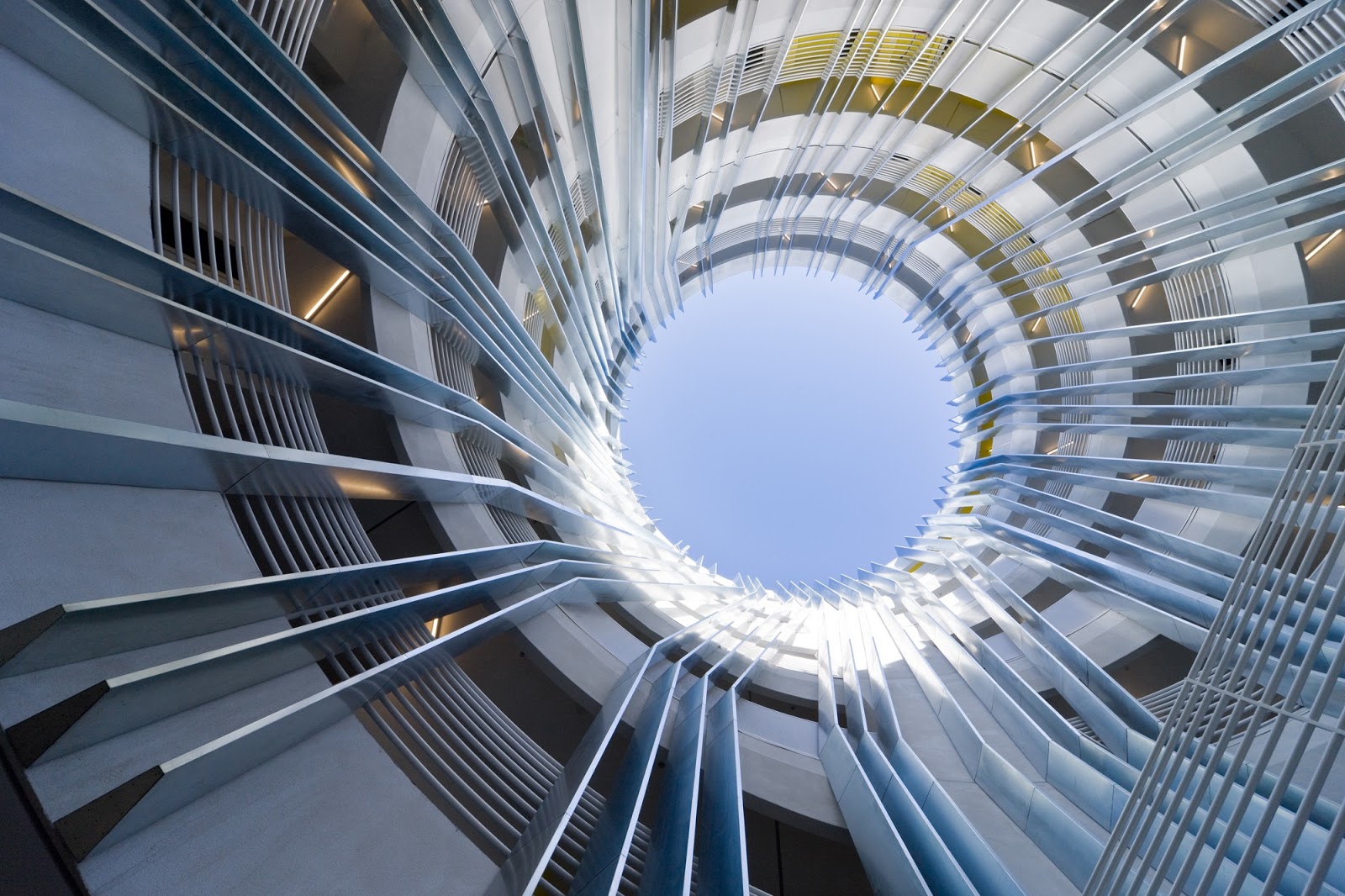 Michael Maltzan, FAIA, is the founder and principal of Michael Maltzan Architecture, Inc. His work fully engages our contemporary world through an architecture that is a catalyst for new experiences and an agent for change. Through a deep belief in architecture’s role in our cities and landscapes, he has succeeded in creating new cultural and social connections across a range of scales and programs.

Theresa Hwang is a community-driven architect with the Skid Row Housing Trust in Los Angeles, CA. From 2009-2012, she was the Enterprise Rose Architectural Fellow at the organization. With the Trust, she is developing and designing high quality and sustainable permanent supportive housing for the homeless. The Trust has developed 24 buildings and has created over 1400 affordable homes for the very low income homeless population in the Skid Row community. In addition to developing affordable housing, Theresa is an adjunct studio professor and a faculty member of the Architecture + Civic Engagement Center at Woodbury University.

Activist-turned-architect, Theresa has spent almost 10 years doing community-organizing work for equitable cultural development and community empowerment with multiple groups and campaigns in Boston, New York, and Los Angeles. She received her Master of Architecture from Harvard Graduate School of Design and a Bachelor of Science in Civil Engineering and Art History from the Johns Hopkins University.

Cost: $20, all proceeds will be split between de LaB and SRHT