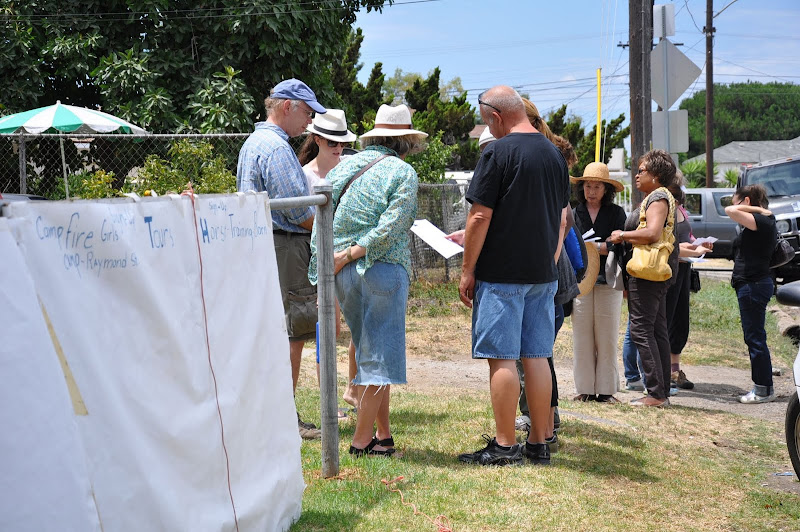 On July 31st, de LaB teamed up with the A+D Museum for a very special urban hike to Compton’s Richland Farms neighborhood. Over the last year, we had heard that something special was happening in this anything-but-usual neighborhood and we weren’t disappointed by what we saw. 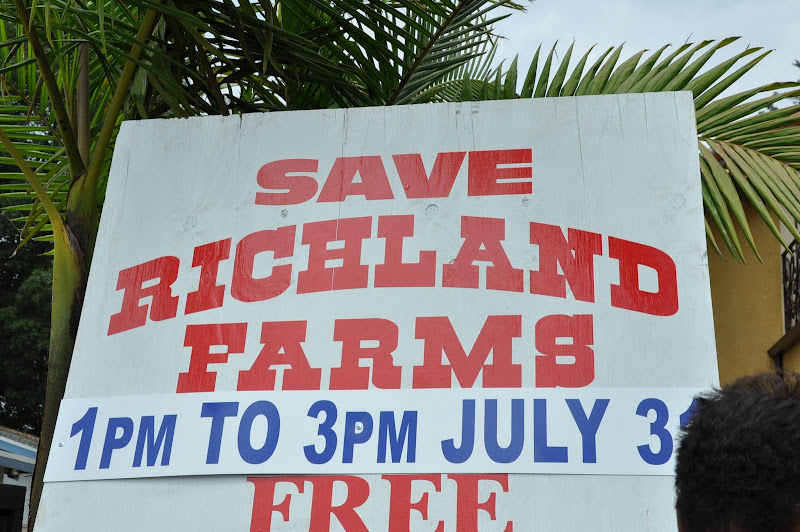 More than 60 people ventured out for the tour to catch a rare glimpse of the special neighborhood through the eyes of people who live there. 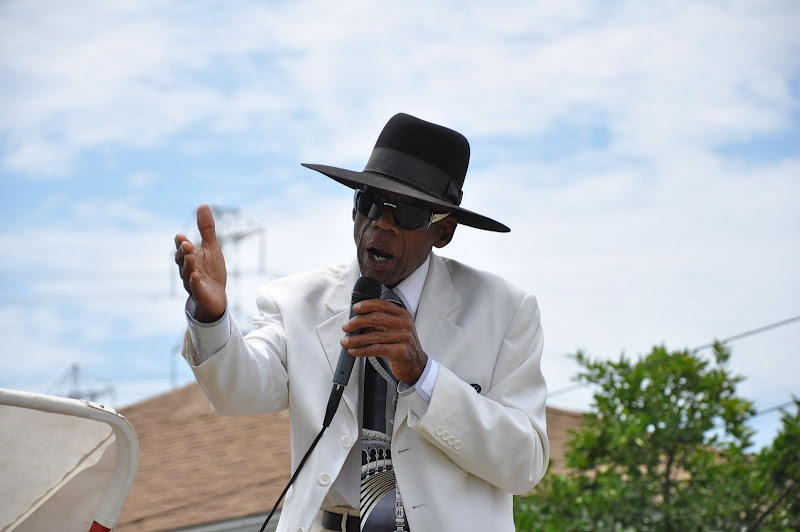 Our guide Dr. Lloyd Wilkins, who has been dubbed “the village chief” for his efforts to educate the public, and sometimes his fellow residents, about the importance of saving Richland Farms, began the tour with a brief overview about the history of the neighborhood. Dr. Wilkins gave us insights into just some of its economic difficulties, including the fact that Compton is one of the few neighborhoods in Los Angeles where home prices consistently depreciate no matter the state of the economy. 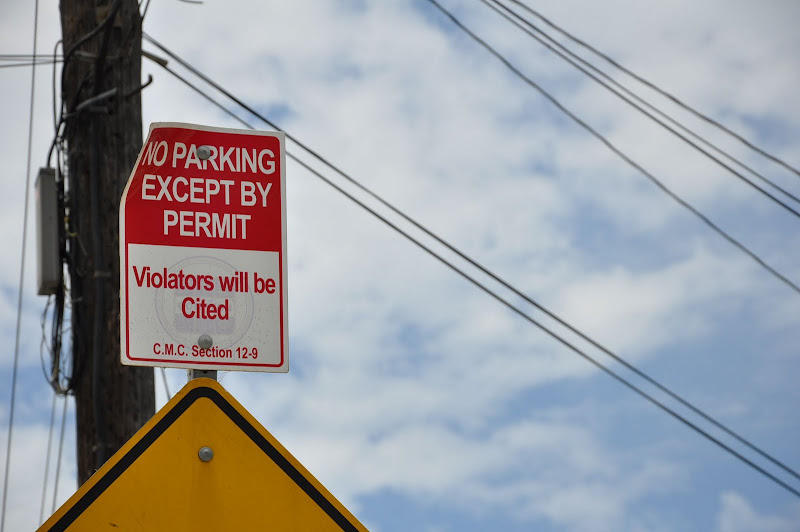 He also alerted us to the City of Compton’s strict street parking policies. Although Richland Farms is nowhere near a local retail or business corridor, the city aggressively tickets residents who park in front of their homes without a permit. A move, according to Dr. Wilkins, that symbolizes the City’s desire to revoke the neighborhood’s unique agricultural status, which grants residents anywhere from a third of an acre to a full acre of property. 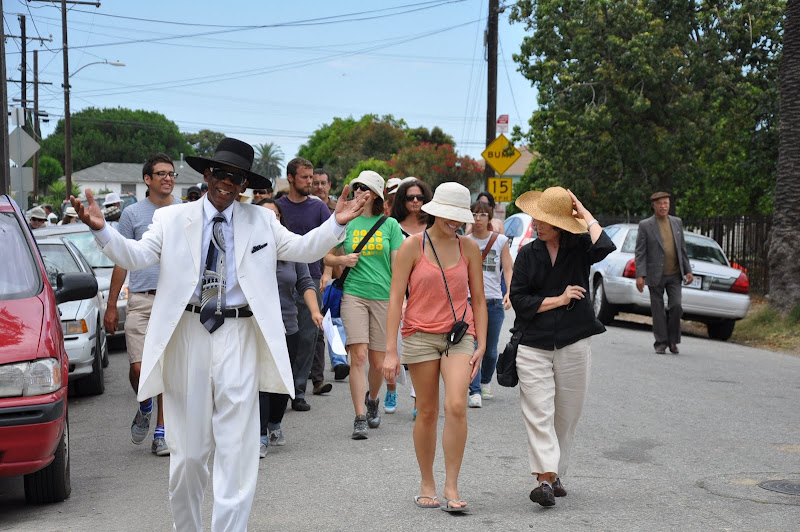 When the tour began, Dr. Wilkins proudly led us through the streets to see some of the neighborhood’s latest “mansions” and to meet an array of local residents. 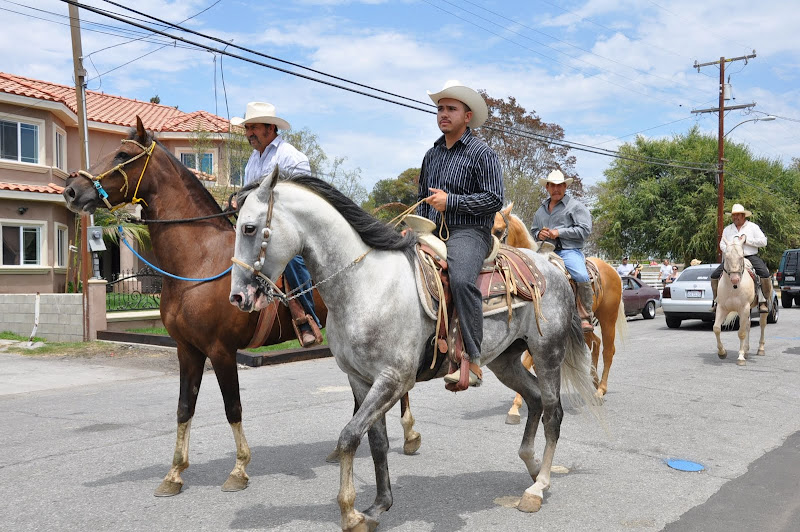 Our first stop was a tour through this new home (on the left), where we were ceremoniously joined by a few urban cowboys. 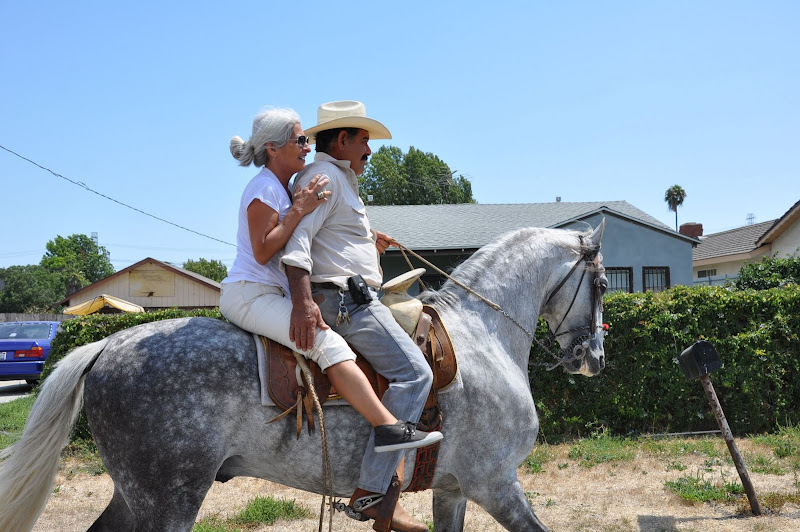 Some of us even hitched a ride! 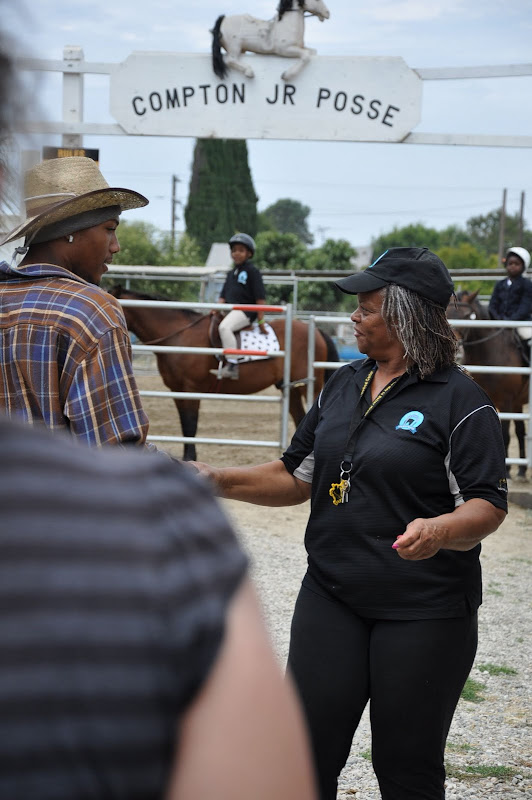 Next up, we headed to meet Mayisha Akbar, the amazing founder of the Compton Jr. Posse, whose motto is “Keeping Kids on Horses and Off the Streets.” 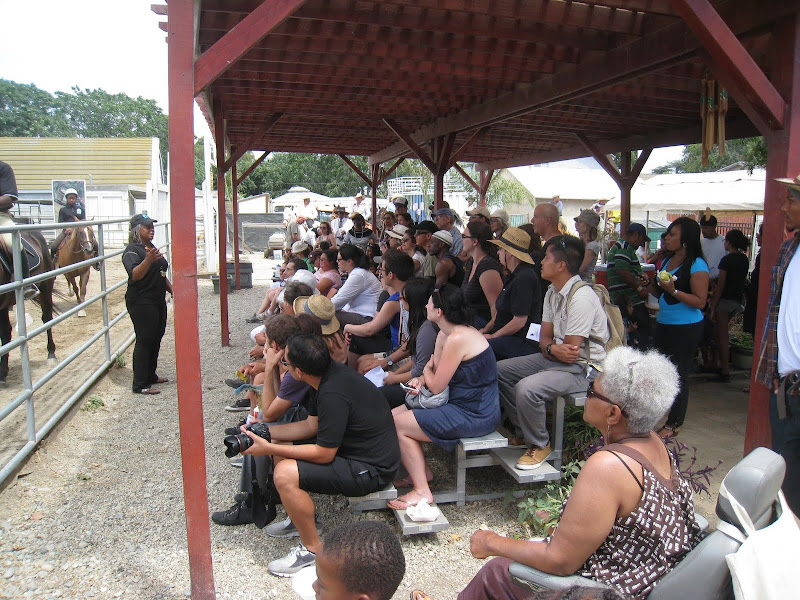 Mayisha left a successful career in real estate to start this program, which now serves a growing number of the neighborhood’s kids. Her goal is to empower the kids in the neighborhood to become young leaders as well as outstanding contributors to their community. 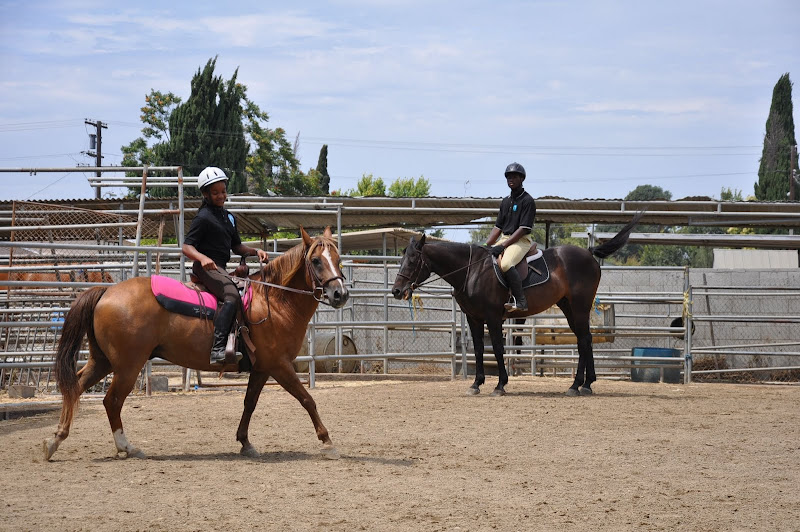 Mayisha believes that the skills the kids learn taming and riding horses can apply to every aspect of their life, enforcing important, nonviolent communication skills. 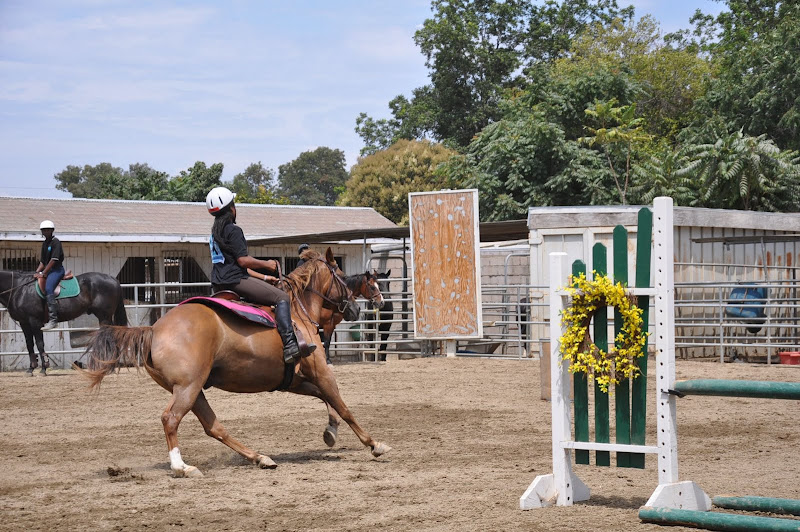 Lucky for us, we were treated to a show by several students, who showed off their beautiful horse riding moves. 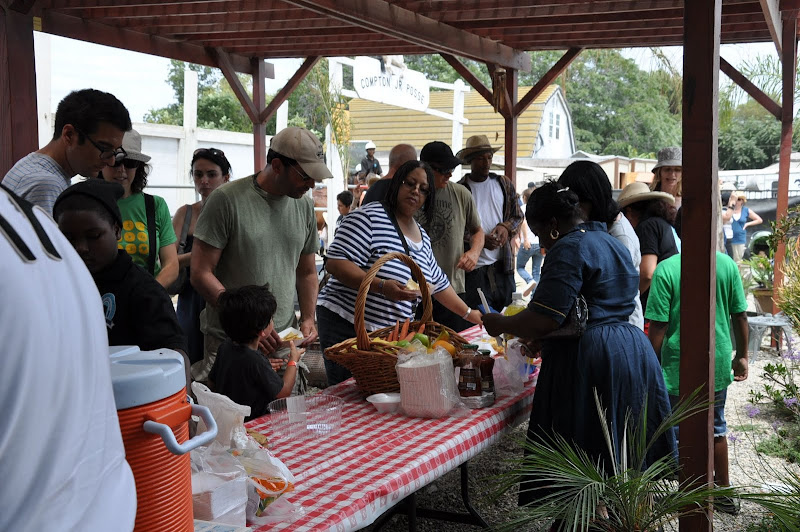 We were sad to leave, especially since the Compton Jr. Posse greeted us with refreshments and food and really made us feel like part of the community. 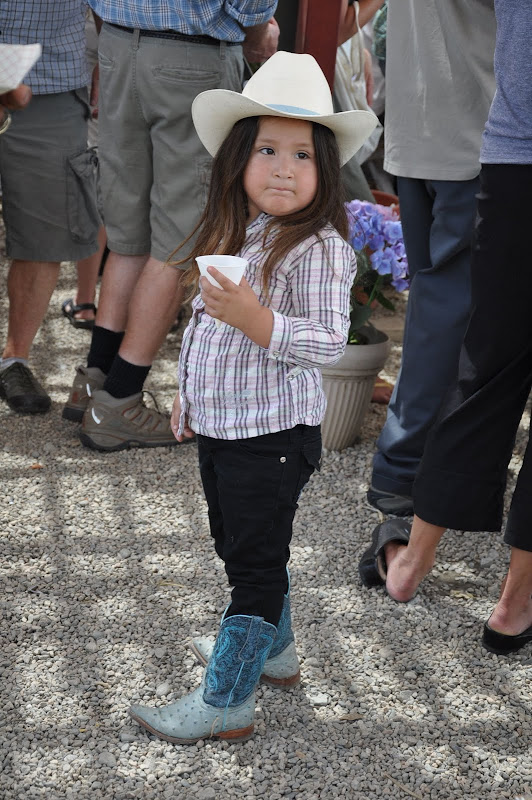 But leave we must, because Richland Farms’ infamous cowboys were patiently waiting for us to join them on the next part of our adventure. 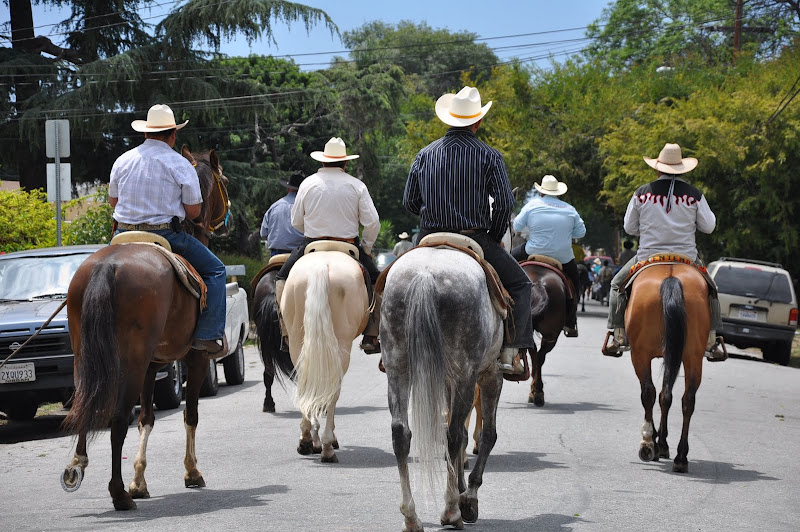 As we followed them through the streets, watching their horses gallop and dance along the way, we realized… 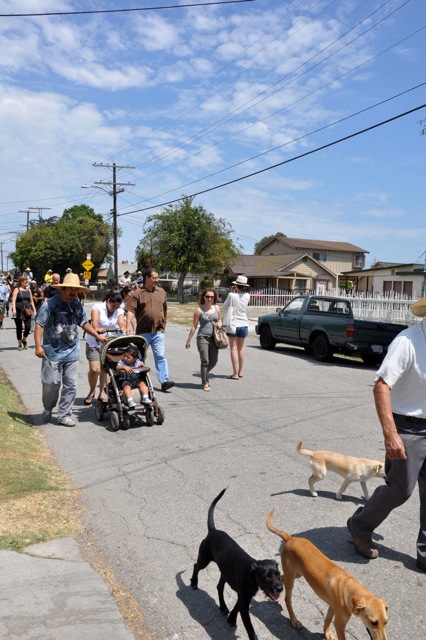 …that the whole neighborhood had started to join our tour! 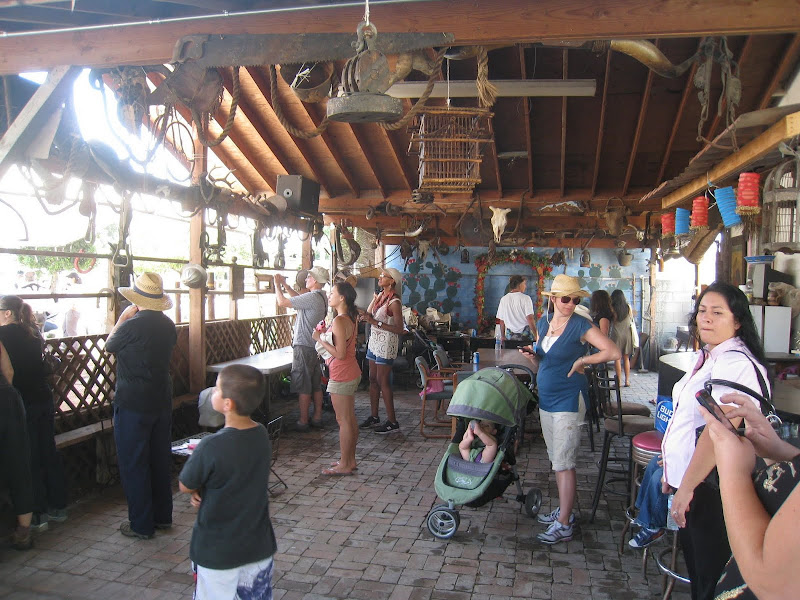 At our next stop, we were treated to the dancing horses of Richland Farms. The horses are trained by Ramon Franco, who has been teaching horses to dance for more than 20 years. 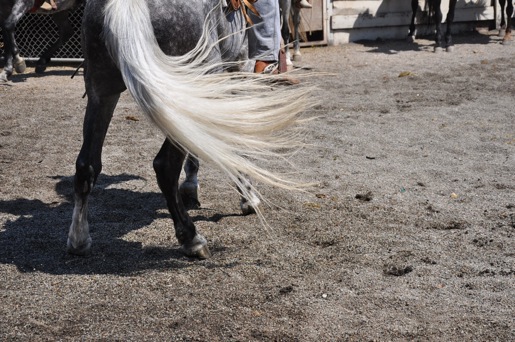 The tradition is not only an important one in Mexico, but it has now become an important part of the neighborhood’s culture. 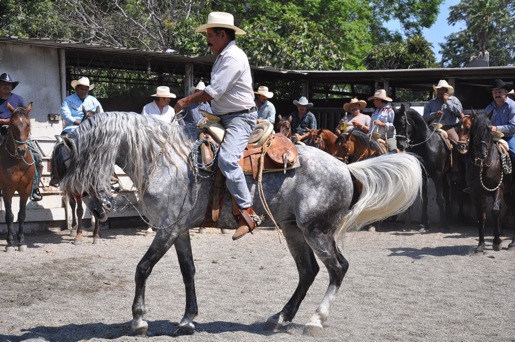 From there, we ventured off to our next stop: one of the resident’s backyards. (Which, yes, was a farm!) 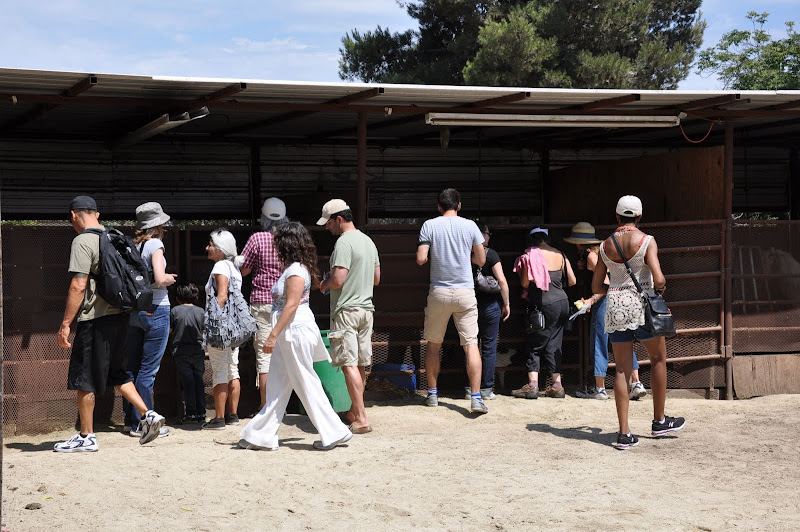 These turkeys, cows, and goats live on one of the largest properties in Richland Farms–a full acre of land. 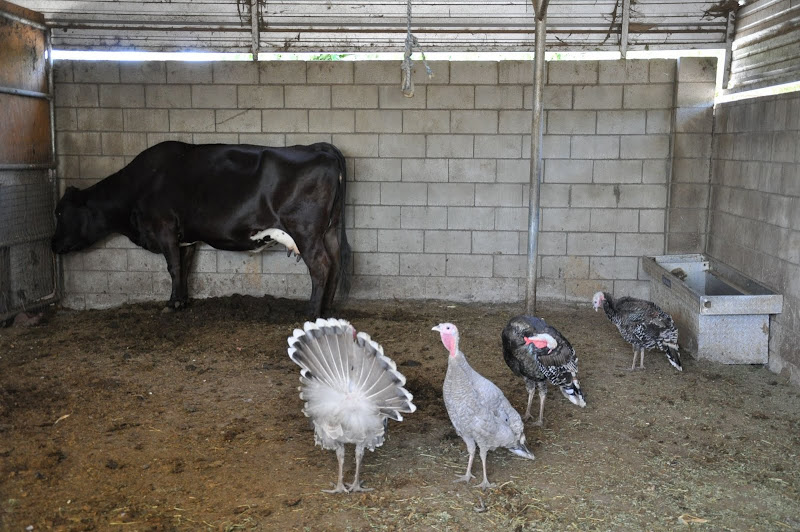 From the street, the house looked like any other on the block. But once we were past the garage, the farm came to life. 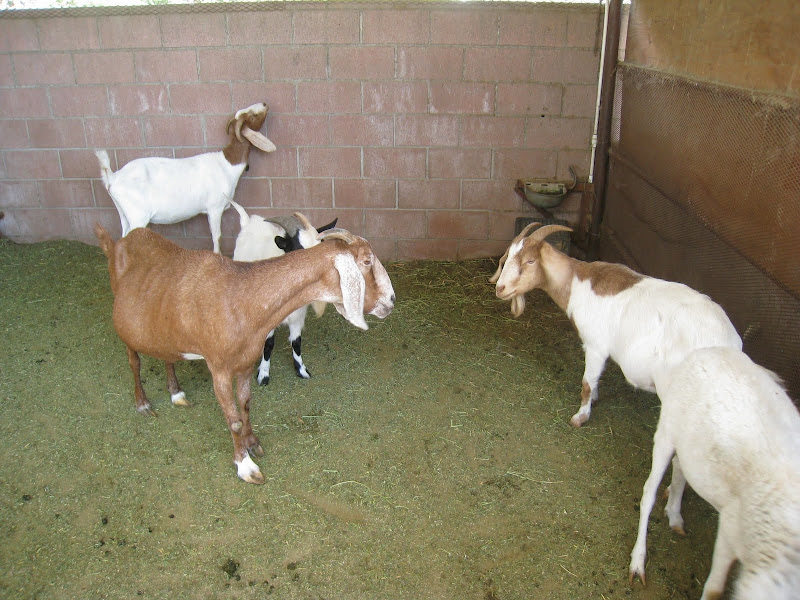 And for some of us city dwellers, it was the first time we got to play with farm equipment! 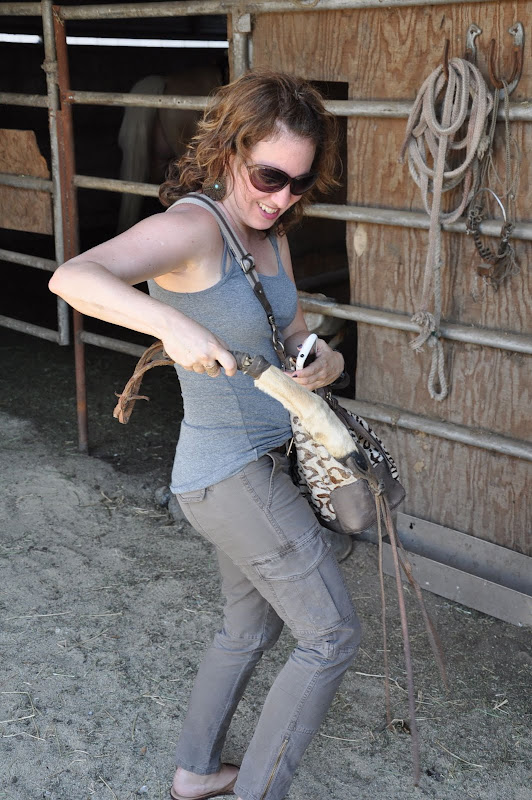 Or marvel over the tools of the trade. 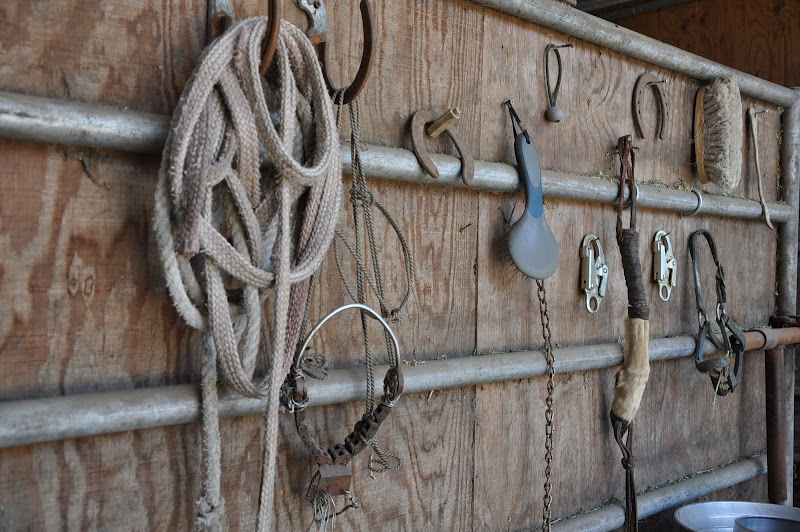 We want to thank Dr. Wilkins, and all of the residents of Richland Farms, who so graciously opened their homes, farms, and businesses to us for a very special behind-the-scenes tour. 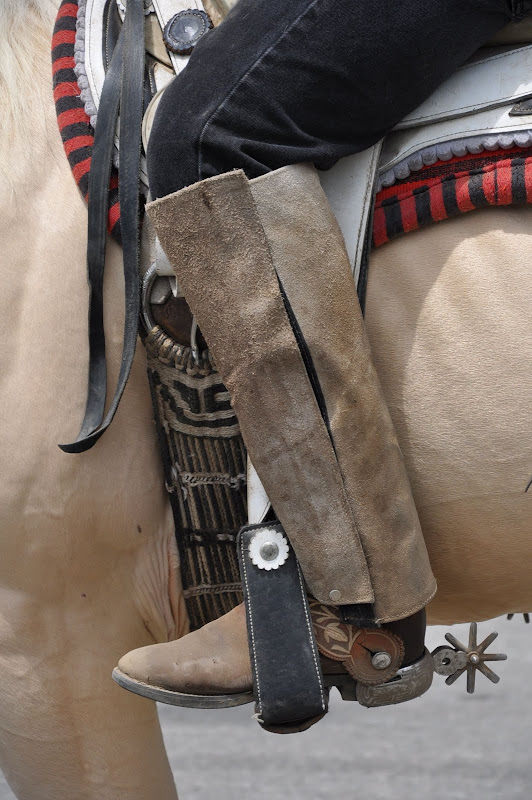 For anyone who wants to continue to support Richland Farms, you can learn more about their educational and cultural activities here. For more information about how you can support the Compton Jr. Posse, you can learn more here. We encourage you to lend your support and to spread the word about this incredible community in the heart of LA. [Photos by Melanie McGraw.] 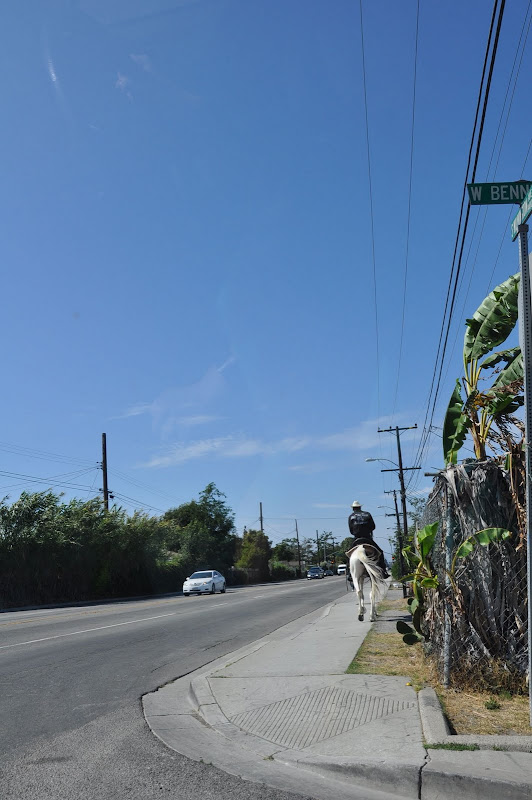